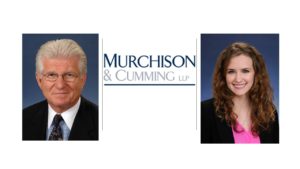 After six years of litigation and a week in trial, a dismissal with prejudice was entered for defendant Louisville Ladder Company due to impeachment evidence against plaintiff Richard Skinner. Friedrich W. Seitz and Kelsey L. Maxwell represented the defendant.

The case began on May 6, 2016, when the plaintiff sued Louisville Ladder Company because of a fall from a ladder on May 18, 2014, which shattered his left calcaneus. On the eve of trial, the court granted the defendant’s motion to dismiss based on the plaintiff’s lack of standing; he had filed for bankruptcy without revealing this lawsuit, which had become an asset of the bankrupt estate. The bankruptcy trustee filed a case in 2018. The case was set go to trial on March 20, 2020, and was re-set for April 28, 2022.

The plaintiff testified that since the accident he is in excruciating pain, cannot walk more than 10-14 steps, has extreme pain walking uphill, downhill, cannot walk from the parking lot to the store, which is the reason he has a disabled parking placard. He testified his pain and limitations have been consistent and have kept him from working. He denied participating in post-accident activities, specifically any hiking. Louisville’s investigator discovered a photograph of the plaintiff on top of the 8,000-foot Half Dome in Yosemite, five years after the accident, and a permit issued to him to access Half Dome. He was confronted with a photograph of the permit and additional photographs were shown of different stations up the mountain, including the last pitch, a 45-degree bare granite surface requiring the use of cables. After Skinner admitted the hike to the top and back took 18 hours, the court stopped the trial, excused the jury, and advised the plaintiff of his 5th Amendment rights. Before the jury returned, the plaintiff agreed to a dismissal with prejudice for a waiver of costs.