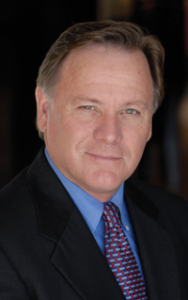 Keith D. Dunlap, senior vice president and transportation practice leader of Gallagher Bassett, a third party claims administration firm specializing in the prevention, management and resolution of loss activity involving the motor carrier industry, is the 2019 recipient of the USLAW NETWORK Bill Burns Award. The award was created to annually recognize a client who has shown outstanding service and dedication to USLAW and is named after Bill Burns, a longtime transportation risk management and litigation leader for Landstar System, Inc., a Jacksonville, Florida-based transportation company.

“We are so pleased to recognize Keith with the Bill Burns Award,” said Kevin L. Fritz, Chair of USLAW from Lashly & Baer, P.C. in St. Louis, Missouri. “Keith is strong friend of the NETWORK and his character is even stronger. Keith was one of the early industry members supporting USLAW and our member firms and nearly two decades later he continues to do so.”

Prior to Gallagher Bassett’s acquisition of his company, Dunlap was the founder and president of National Transportation Adjusters (NTA) based on Scottsdale, Arizona.

“I am humbled to be recognized with USLAW’s Bill Burns Awards,” said Dunlap. “Bill is a giant of the transportation industry and was an exceptional mentor to me over the years, so to be recognized with an award in his name is a true honor. I’d also like to thank the founders and leaders of USLAW who saw the vision of creating a network that can help service the needs of their clients. USLAW has grown exponentially over the last two decades and I truly appreciate the opportunity to participate in and benefit from the incredible client service and legal network USLAW delivers.”

Before launching the highly successful NTA company, Dunlap was also the founder and president of the Transportation Claims Division of Cambridge Integrated Services Group, Inc., a captive Aon TPA. During the last 35 years, in addition to responding on behalf of self-insured motor carrier clientele, Dunlap has contracted with a significant number of A+ insurers, and reinsurers representing many of the nation’s largest fleet motor carriers. Since 1987, various regional offices under his control have responded to thousands of trucking accidents for program insurers and their motor carrier clients.

Charles Carr of Carr Allison in Birmingham, Alabama, and a co-founder of USLAW, co-presented the award to Dunlap at the Spring 2019 USLAW NETWORK Client Conference.